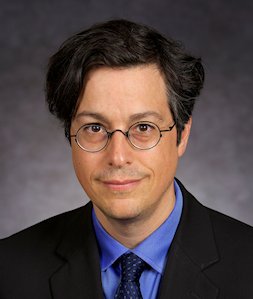 Dr. David Williams, Professor in the Department of Political Science at DePaul University will speak on the topic, Spinoza: Jew, Heretic, and Visionary.  Benedict de Spinoza is among the most controversial and important thinkers in Western philosophy. Rejecting orthodox conceptions of God and the Bible, he was excommunicated as a heretic and exiled from his native city of Amsterdam and its Jewish community.  Rejecting traditional philosophy and politics, he never taught at a university and instead toiled away as a lens grinder.  Despite all this, he would rise as perhaps the most important and influential philosopher of early modernity.  In science, he was among the first to advocate for a naturalistic account of all events, eschewing simplistic divine causality.  And in politics, he was among the first to advocate for free speech and democracy.

Professor Williams teaches and conducts research in political theory, especially the history of political thought at DePaul. He is the author ofRousseau’s Platonic Enlightenment, Rousseau’s ‘Social Contract’: An Introduction, and numerous articles on thinkers ranging from Plato to Jürgen Habermas and topics such as democratic theory, the separation of powers, social contract theory, religion and politics, terrorism, institutional design, political ontology, fear, love, and deception.  He received his Ph.D. from the University of Texas at Austin.

We are happy to have Elise Dalleska on the violin as our guest musician. She plays with the musical group Coalesce.