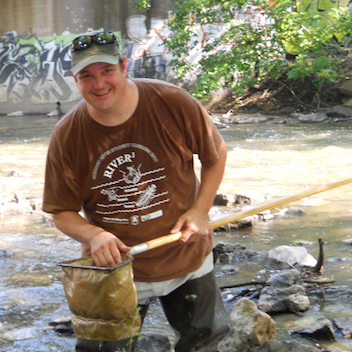 Mark Hauser, Ecology Education Manager at Friends of the Chicago River, will speak on the topic, The Chicago River and Skokie Lagoon: Habitat Restoration, Macro Invertebrates, and Improvement of Toxic Water Chemicals.  Historic photos, maps and diagrams illustrate the fascinating and disturbing history of the Chicago River. From the post-glacial world, through European exploration and exploitation, to the modern city with a troubled (albeit cleaner) river, we examine the history of the city of Chicago and its ties to the river that bears its name.  A discussion of current problems facing the Chicago River and how you can become involved is included.

Mark Hauser has been with Friends of the Chicago River since September 2007.  He has managed the Chicago River Schools Network since that time, and has recently begun training volunteers to repair gullies, monitor wildlife habitat and conduct plant surveys along the river in support of restoration projects.  He attended Ohio State University, where he received an M.S. in Natural Resources with a focus on environmental education.  While at Friends, he has supported the environmental education goals of hundreds of teachers, led over 800 field trips to the river, and organized the Student Congress (a river conference for students) for the past 12 years. He has written environmental curricula for the Chicago Park District and the new Chicago Riverwalk and regularly teaches ecology classes for NEIU, UIC, Loyola University, DePaul University, and Roosevelt University.