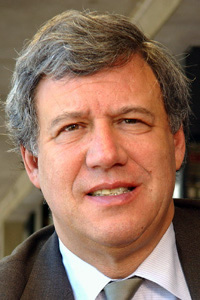 Geoffrey Stone, Ph.D., Edward H. Levi Distinguished Service Professor of Law at the University of Chicago Law School, will speak on the topic, Roe v. Wade: Past, Present and Future.  Roe v. Wade may well have been the most controversial Supreme Court decision of the last half-century. With the Supreme Court now at the center of fierce controversy, there is a significant possibility that the Court in the next few years will overrule Roe. In this talk, Professor Stone, who happened to have been a law clerk for Justice William Brennan when Roe was decided, will discuss the often surprising history of abortion before Roe, the Court’s decision in Roe and why the Justices reached the result they did, how succeeding Justices have often surprisingly stepped up to preserve and protect Roe, and what will happen to our nation if — and when – Roe is overruled.

After services, from 11:30 AM – 12:00 PM, we will open Zoom for informal general discussion, as well as an opportunity to join a conversation group with Geoffrey Stone.

Please note: this service will be hosted via Zoom. Subscribe to our Sunday service mailing list below to get this service’s Zoom information. We will send you an email one week prior.

For further information about our Zoom Services, click here.